From The National Newspaper

Who Invented the Novel?

From The African Magazine 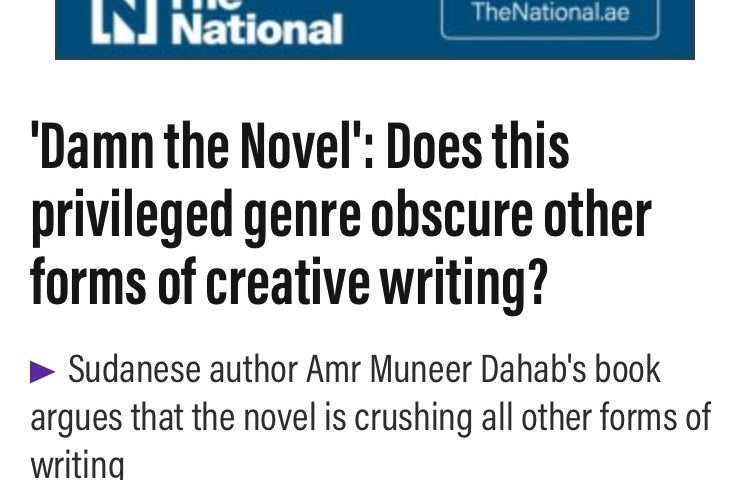 ‘Damn the Novel’: Does this privileged genre obscure other forms of creative writing?

(From The National Newspaper – By Rupert Hawksley)

The title of Amr Muneer Dahab’s latest book, Damn the Novel, is certainly confrontational. Criticising the novel – grudgingly described by Dahab as “the most superior genre” – is a sure-fire way to get people’s backs up. Which is, of course, exactly the point.

Our response to the hostile title of this collection of essays – surprise, perhaps, or even anger – confirms Dahab’s central argument: that the novel’s elevation above all other literary forms has been immensely damaging. We coddle the novel, while neglecting everything else. It is hard, frankly, to imagine a book called Damn the Essay or Damn the Short Story having a similar impact.

Dahab, a Sudanese poet and essayist who now lives in Al Ain, knows he is being provocative. He laughs when I ask him whether there has been much of a reaction from other authors to the publication of Damn the Novel, the first of his books to be translated into English. “Yes,” he says – and leaves it diplomatically at that. Later, he adds: “Everybody is taking it personally, they are offended, but if they read the book carefully, it is a very objective view.”

He’s right. Damn the Novel, which focuses largely on Arabic literature but features a wide range of voices, including novelist Ann Patchett and journalist Sebastian Junger, is far more nuanced than the title suggests. It is not so much about dismissing the novel. It is simply a passionate call for the preservation of other literary forms, which are slowly being eroded.

“This book might be received as an ungrounded, vociferous cry against the novel per se, but it is not,” writes Dahab in the introduction. “It is simply against perpetuating the delusion that the novel is inevitably the most dominating and influential literary genre of the time.” We have become trapped in a circle: the more popular the novel becomes, the more novels publishers churn out, and so it continues.

There are, Dahab argues, a number of reasons for the prevalence of the novel, particularly in Arabic literature. Chief among these is the different standards applied to novelists and poets by publishers. Bad poetry, writes Dahab, is “automatically condemned by everyone to the extent that no publisher would look at it”. On the other hand, “weak novels, as long as they are spiced with excitement, can easily be welcomed by publishers”. The quickest glance over the bestseller lists confirms this (although I would point out that there is also plenty of bad poetry published every year).

Damn the Novel often reads like a criticism of the power of the market, which drives consumer choices. Our tastes are being tailored for profit. “What happened is that, after decades of stumbling attempts by the other narrative genres, the markets of literature have submissively been taken over by the novel,” writes Dahab. “Publishers couldn’t believe that, at last, ‘something’ written has brought back glamour to the book market, so they could not resist blessing it regardless of its genre.” Dahab is brave (but absolutely correct) to draw our attention to this worrying intersection of art and profit.

Critics, too, are given a rough ride by Dahab, who suggests that “the discovery of novelistic talents has become one of the critics’ favourite missions”. This is fuelled, not by a genuine desire to discover the next star novelist, but because writing about the “prevailing literary genre” has “the highest potential to guarantee prominence”.

This is fiery stuff from Dahab and he doesn’t let up throughout Damn the Novel. There are chapters titled “Not Every Interesting Book is Necessarily a Novel” and “Novelists are Cowards!”, in which he claims that when it comes to “daring in expression”, the gulf between Arab lyric poets and novelists “reaches the extreme”. Dahab’s argument falters a little here. He is on shaky ground when he suggests that novelists hide “behind an invented story to express his/her opinion”. The plot, surely, is a device used by the novelist, not to obfuscate an opinion, but to project it.

Nevertheless, Dahab is onto something interesting in Damn the Novel. The aggregation of literary forms by publishers and critics – and by extension, readers – is unhelpful, no matter whether it is poetry, the short story, the essay or the novel dominating the landscape. Money is funnelled in the wrong direction when publishers both feed and then gorge on the popularity of one literary form, while creative freedom is stymied.

“It is time,” writes Dahab, “for Arabic literature to start anew by giving all genres the same chance to flourish in total freedom without any secret or manifest ‘patronage’.”

From The African Magazine 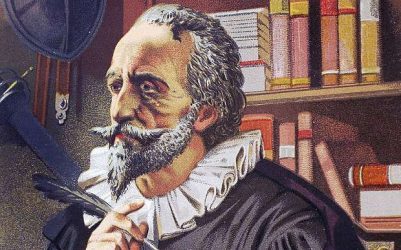 Who Invented the Novel? 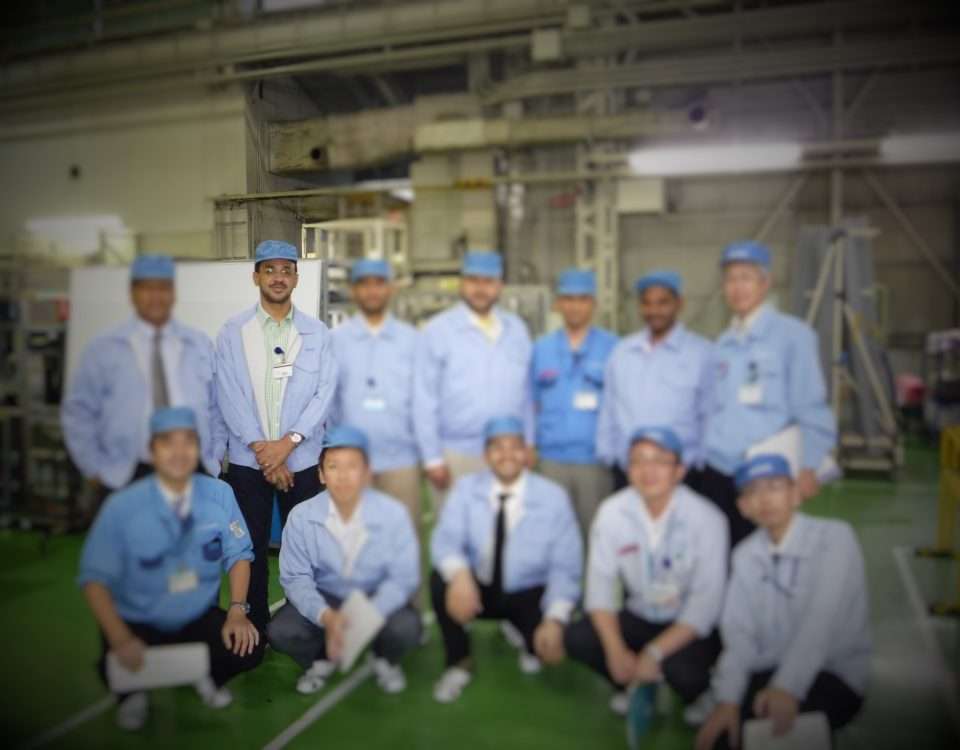